Take control of your irrigation system with the most reliable, simple, and rugged wireless automation system. 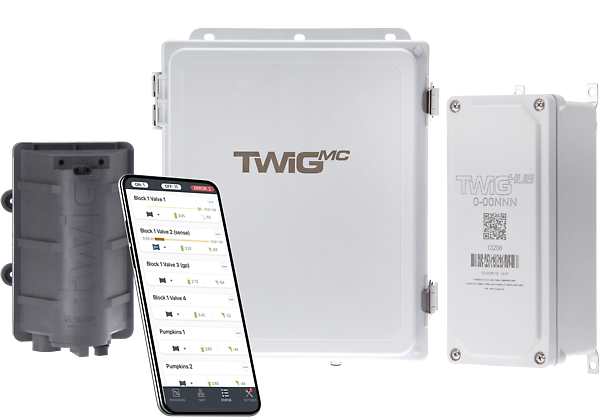 The purpose of the TWIG® Wireless Control System is to turn irrigation valves on and off, simply and reliably. Period. It eliminates troublesome wires, complicated controls, and impractical features that cause other automation systems to be quickly abandoned. To put it bluntly, there isn't another wireless irrigation automation system on the market that is easier to use or is more reliable. That's a bold claim, but we're not shy about it because we've had to earn it. Since 2012, the TWIG system has been trusted everywhere from critical industrial dust suppression sites to crop cooling and frost protection.

The newest generation basically consists of a "master controller", the TWIG-MC, that communicates via 900 MHz radio signal with TWIG devices (nodes, or RTUs) that are installed in the field next to solenoid-operated irrigation valves. The TWIG-MC is programmed and operated using a mobile app (iOS or Android), and is controlled via Bluetooth® or internet connection. 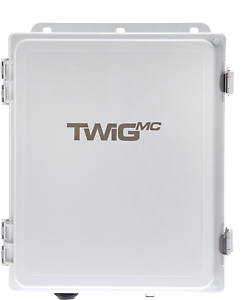 The "Master Controller" of the TWIG wireless system. Operate your irrigation system from anywhere using the mobile app. 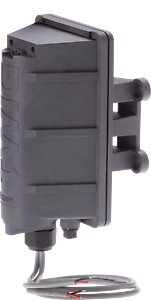 Radio receiver turns valves on/off at the command of the TWIG-MC. 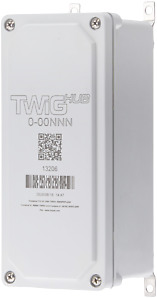 Manages the TWIG-V radio network by sending commands from the TWIG-MC to the TWIG-V devices in the field. 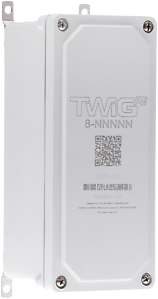 Extends the range of the TWIG-V radio network by relaying the signal from the Hub to the TWIG-V devices. 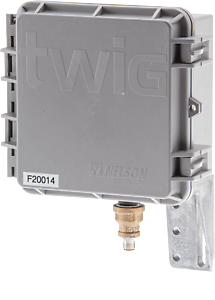 Manages the legacy (1st Gen) TWIG radio network by sending commands from the TWIG-MC to the TWIG devices in the field.